Blog >> When You Know You’ve Led

When You Know You’ve Led 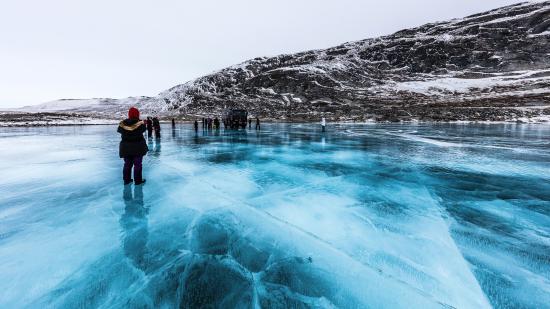 A few weeks ago I went hiking across a frozen lake in New England. It had snowed the day before. The absence of any footsteps indicated that no one else had done this, at least not in the last 24 hours.

It was an exhilarating experience in itself, but when I returned to my starting point I noticed that about a handful of people had followed my footsteps. I had tried and tested the ice for them. I blazed the trail and led the way.

My wife and folks were indoctrinated to never go on a frozen lake for all their lives, so my suggestion didn’t go down so well. Anyway, I ventured into unchartered territory, because I knew what I was doing. I spent the previous two weeks in arctic temperatures, so I knew 100% that the ice is more than thick enough. On the other hand, no one else seemed to have done it, so I asked my wiser self if I can trust my judgement.

Believe me, it wasn’t without thrill especially since I also had my son and his uncle in tow, I was responsible for them as well. Leadership is first about trusting your guts in combination with assessing data from a wide range of sources. Then you go first, and if your followers still hesitate, you communicate your point.

I know this is only simple little anecdote and that leading thousands of employees is way more complex than this. However, giving others confidence to do what they fancy (in potentially life threatening conditions) despite the unknown felt somewhat primordial.

My question to you is this: when do we know we have led the way for others by putting ourselves on the line? In corporate job in a cosy office? Where the biggest risk of the day might be to be late and unprepared for a meeting?